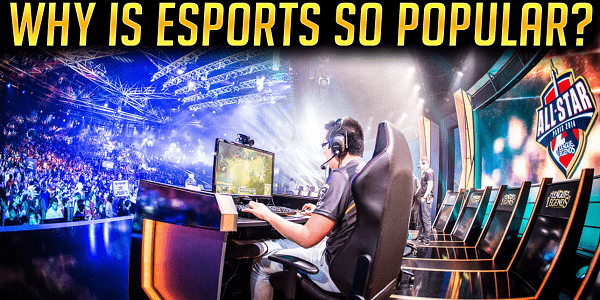 What inspired you to start taking gaming seriously? When did it stop being a casual pass-time and start becoming a pursuit of skill and rank – a mission for mastery fuelled by passion?

While it’s hard to pinpoint one particular moment for myself… there are a few keystone events that completely shifted my own identity from casual gamer, to competitive gamer. Where I began to see my own gaming with the lense of possibility, suddenly aware of how far I could take my skills with a little dedication.

The first of these moments was when I first saw the esports documentary called Free to Play: The Movie. The Steam documentary follows 3 Dota players; HyHy, Dendi, and Fear as they compete in The 2011 International tournament. Now, before seeing the documentary I had heard about the insane prize pool of this event, and could only imagine the level of talent it attracted. But seeing it all from the player’s point of view was something else. Each player fought against the odds, making deep sacrifices, coping with painful pasts, and relying on an unwavering dedication to be the best. [emotional clip from the event]

Not too long after, I started getting deeply into League of Legends, catching Worlds that year, and admiring the world’s greatest players like Matta, Uzi, and Bjergsen.

While I was aware of esports prior to these events, my personal view on gaming was still fairly casual. But these experiences completely flipped a switch in me. Suddenly when I played the game, I had these players in the back of my mind, and a deep-seated desire to play just like them.

And I assume that most of you had similar moments, where you saw a major tournament or watched an esports documentary and felt that feeling of “holy shit this is serious, and this is something I want to be a part of.”

In his book, The Talent Code, Daniel Coyle discusses a powerful aspect of human psychology which explains the impact these kinds of inspiring moments can have. He mentions how a single event is able to trigger an explosion of interest and talent, not just in an individual but an entire society. From the outside looking in it’s like a firework that shoots into the air and then bursts into thousands of colorful pieces. And if that firework catches the right attention, others might be motivated to shoot off fireworks of their own, creating a light-show of passion and talent. From the success of Korean golfers to Russian Tennis players he covers a few powerful examples. But one that stands out is the boom of baseball on a small island in the Caribbean, called Curacao…

It all started with a single moment in Yankee Stadium on October 20th, 1996. The situation seemed unpromising for Atlanta Braves fans as a 19-year-old Curacaoan rookie named Andruw Jones walked up to the plate during the opening game. The pitcher, with years of experience on him, confidently threw a slider, expecting it to result in a ground ball and ideally getting him out. But Andruw surprised everyone as he knocked the pitch into the stands. This moment impressed everyone, a kid from a remote island, making a fool out of the Yankees. But Jones wasn’t even finished. The very next inning he did it again.

Immediately after the game Jones was surrounded by media coverage, hailing this unsuspecting kid from curacao and his impressive skills. And for those living in Curacao this event was an inspiration. Suddenly that game they enjoyed playing for fun was an opportunity for greatness. Someone just like them was not only able to make it off the island and play in the big leagues, but now he was a baseball star.

A few weeks later at Curacao’s little league sign-ups, 400 new kids arrived, ready to play like Jones. And this inspiration wasn’t short lived. In the Little League World Series, where qualifying two consecutive years is considered a remarkable achievement, the Curacao boys made it to the semifinals six times in eight years, winning the title in 2004 and finishing second in 2005.

– (These boys come from an unsuspecting location for baseball. They have few facilities – only 2 baseball diamonds on the island, and one batting cage made from tattered fishnet.)

And this seems to highlight something extremely powerful about inspiring moments, but it isn’t the full picture…

Right next to curacao is the island of Aruba, an island that is identical in many ways, including their love of Baseball. Aruba even had their own Major League player, Sidney Ponson, who in 1996 was considered a better prospect than Andruw Jones. Ponson even had early success which sparked a wave of inspiration among the island’s Little League players. The two islands were identical in many ways, yet the spark of inspiration stayed alive in Curacao and died out in Aruba. But, why?

Well for Aruba players, their spark of inspiration was attached to a player who’s career fizzled out. The Aruba pitcher, Syndney Ponson, turned out to have a drinking problem. Bounced around to several teams, gained weight, and was even arrested in 2004. As his career declined it caused him to lose more and more support. Suddenly kids didn’t want to be like him anymore and slowly stopped caring about the game.

Andruw Jones on the other hand, continued to inspire the youth of Curacao as he became a 5-time all-star and ten-time Gold Glove center, fielder. Jones’s success was translated and amplified on the island, creating constant signals of inspiration to those who wanted to be like him and believed they could.

A key takeaway is that an inspirational event is most powerful when there are constant reminders of it. If you see a basketball player you like, you can start following their team religiously and attempt to get those constant cues of motivation from watching every game. But how much time during a typical game do you even get to see them on the court? And during that time how much are they the center of attention?

This is where esports is unique. When you’re inspired by a pro esports player, you’re no longer limited to just watching their professional games. Now you’re able to see them in esports vlogs, and streams where you get hours of interaction with them on a constant basis. And this is powerful for 2 reasons, the first is that this maintains that initial spark of motivation, the second is that it gives a much deeper connection to them as a person, and every connection, even minor similarities, creates a deep effect on your motivation.

That second point is important, our level of personal connection to a role-model directly affects how much impact they have on us. In fact, one study shows that when we connect to a role-model on a basic personal level, we are over 50% more motivated by them… (Check stats)

But again, I can’t stress how much frequency is important here. If you have a favorite athlete, you rarely get to see interviews or real interactions where you can connect on this level. But in esports, you get this all the time!

This feeling is much more important than you think, and is bigger than just you and I… consider how this effect can multiply on a bigger scale. As more fans become increasingly inspired and motivated to play and improve, their own skill increases much faster, their pursuit of mastery is buffered by a constant IV-drip of powerful motivation. And on a larger scale, we’re going to see a massive surge in highly skilled players, who then go on to inspire others in the exact same way. And the potential here is unlike anything we’ve ever seen on a global scale…

In the same way we learned about the Aruba baseball scene, we can look to great professional athletes that break through into their own scene, and look at each of them like a single fire-cracker that shoots into the sky wows a couple people, but then fizzles out. Their inspiration has an effect, but it’s usually short-lived and quick to evaporate.

But in esports, this cycle of role-models and constant motivation has a lot more potential – every inspiring figure is able to reach much farther and much deeper. This kind of reach will inevitably strike a chord that leads new players rising up and becoming role-models themselves. And so in esports its as if for every firework, for every inspirational player, there are many that follow in response.

Right now when we look at the esports scene we are only seeing the beginning, the start of this firework-show. But eventually as we continue this pattern, there will be a new inspirational figure everywhere we look. It will be as if the entire sky is filled with fireworks of inspiration, an immaculate array of color and light, capturing the attention of everyone, inspiring the masses, and creating a very bright future for esports.