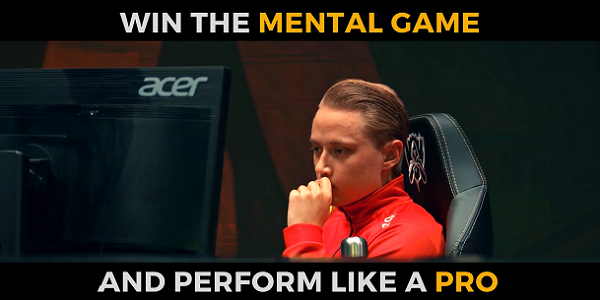 This past August featured an amazing boxing match between Conor McGregor and Floyd Mayweather. Before the fight, I like many people, suddenly began to pay special attention to the world of professional fighting. Building up to the fight I began doing research to get a better understanding of each contestant. Of course, based on their history it was easy to tell that Mayweather’s many years of experience put Conor at a huge disadvantage.

But despite the odds being against him, and his major lack of boxing experience, I was still extremely optimistic that Conor McGregor could hold his own against one of the greatest boxers of the 21st century. What convinced me of Conor’s potential was his unique and successful approach to fighting.

Conor Mcgregor has achieved an insane level of success in the UFC, creating a reputation for his unbreakable confidence, insane dedication and a near-impossible accomplishment of becoming a two-division champion. But what is most unique about this, is that he and many others, credit much of his success to an active belief in the law of attraction.

While the popular philosophy labelled the law of attraction, is covered in mystic beliefs and much needed criticism, it’s core principle of using visualization as a tool for success, has been met with promising supporting science. In fact there is actual proof that active use of visualization as a tool, can help us to improve our behaviour, confidence and even performance.

But more importantly, by learning how to apply visualization to your gaming performance, you’ll be able to tap into one of the key factors for success, the same factor that has allowed people like Conor Mcgregor to achieve unshakable confidence, an insane level of performance and the ability to become a champion.

Simply put, the Law of Attraction is a popular belief that all of our thoughts eventually have an effect on our behaviour, and by focusing on specific thoughts you can influence your subconscious mind to change your future behaviour. In other words, your thoughts shape your reality, and by actively thinking about success, you can manifest it into your life.

But, while the original idea of ‘The Law of Attraction” is quite outdated, science has actually confirmed some of it’s core ideas. Most importantly the principle of visualization as a tool for achieving success.

Whether it be ranked game, or a match at a local tournament the moments leading up are often filled with anxiety and second-guessing. And this feeling isn’t unique to competitive gaming, it’s the same feeling you have right before a job interview, a school presentations, or even a first date. What’s happening in these situations is that our brain is mistaking the pressured event as a life-threatening danger.

Since it can’t make the difference between the threat of losing a game, and the threat of a ravenous tiger, it reacts the same for both. As a result your brain triggers an energy dump where your body release adrenaline to deal with the approaching “threat”. Unfortunately when it comes to gaming performance, this just makes us jittery, makes it hard to focus and causes us to waste a ton of energy before the game even starts. And if you’re playing at a LAN event, your opponent can often sense your nervousness, and take advantage of it to dominate you in-game.

So how can you avoid this? How can you maintain composure and enter an intense match with a the level of relaxed confidence and intense focus that you need to perform? To answer this question let’s look back to Conor McGregor and other top-performers….

With the threat of physical injury and career ending losses it seems near impossible to approach a UFC match with a sense of calm, confidence and focus. Yet we see many fighters including the notorious Conor Mcgregor doing just this. And his strategy for doing so, is in his practice of visualization.

Before an upcoming match he will vividly visualize the process leading up to the fight.

Like Conor, other top performers use similar strategies of visualizing the event before it happens. Many professional speakers will vividly picture themselves walking out onto the stage, giving their speech with a high level of confidence while receiving great feedback from the audience. Then when they actually walk out onto the stage their brain’s are prepared to give the speech as though they’ve already do it successfully and confidently. This strategy is widely accepted by performers in many fields. It allows them to summon the necessary confidence and emotional stability needed to dominate at a high level.

But the real question is how does this work? Well from a neuroscientific, standpoint imagining an action and doing it use the same motor and sensory programs in your brain. So by visualizing your performance before it happens, you are convincing your brain that it is actually happening.

So by vividly visualizing the moments before an important game, and seeing successful moments within it, you will prepare yourself for the match. Then when the match begins you will have the mental fortitude and confidence to hold your own against your opponent, you’ll be able to resist their mind-games and perform at your best.

But this confidence doesn’t ensure your victory. When it comes to doing well, skill-level is the biggest factor for winning. Which leads me to the next key use of visualization.

Potentially the most interesting use of visualization is using it to develop specific skills so you can match preparation with opportunity when the time is right. Since imagination and action are integrated, and engage the same neural pathways, practicing one actually influences the other.

And in another experiment on imagination, two groups did the same muscle building exercises for four weeks. But one group simply did it mentally. Those who actually did the physical exercise, increased their strength by thirty percent. But those who imagined it still increased their muscle strength by twenty two percent.

The reason that one can increase their coordination, skills and even strength through visualization is because when you visualize yourself doing something, the neurons responsible for the movement instruction are still being used and strengthened.

Thus when leading up to an important performance, many top-competitors will not only imagine the lead up and see themselves doing well, but they will actually visualize specific sequences within the performance, in order to ready their coordination and skill. They do this by picturing the exact actions they will take, the specific skills they will execute, and how they will react to various likely situations. Then once they are performing, their mind is already conditioned and knows exactly what to do without having to stop and think about it, which allows them to take perfect immediate action.

An amazing example of this is when Conor Mcgregor beat Jose Aldo. Prior to the fight he visualized Jose’s over extending weakness, and how exactly he would capitalize on it. Visualizing this sequence over and over made him confident and prepared, so much so that he publicly made a detailed prediction of how exactly he’d win.

This prediction wasn’t a result of some mystical fortune telling. Conor Mcgregor had previously reviewed Jose’s matches, discovered this weakness and visualized himself taking advantage of it over and over again. As a result he was able to immediately identify this opportunity and capitalize it in the match.

To apply this to your own gaming performance ground yourself in your own failures and successes. Review your matches and look for specific sequences where you made an obvious mistake or a good play. Then close your eyes and visualize yourself recreating this moment in a future game, in which you correct your mistake or make that good play again. By doing this you are strengthening the neurons responsible for performing that sequence, thus in a future game you will be able to execute on it without any thought. And the more you do this the more you will program your mind to recreate good plays, make better decisions and fix recurring mistakes in your performance.

Visualization as a tool, has the potential to mentally prepare you for important matches, help you to strengthen your skills and allow you to perform on a higher level. But it’s worth mentioning that repetition is key to this strategy. The more you visualize something and the greater the detail, the more it will strengthen the connections in your brain, thus the greater your confidence and prepared-skill. So consider using this strategy as much as possible, before a match, when reviewing every game, and even when you’re away from your computer. Conor McGregor, and others like him claim to use every possible moment in order to strengthen specific connections in their mind…

But since it’s unrealistic to always be in your head preparing your skills, I’d recommend doing so when you are doing mindless activities like walking the dog, brushing your teeth or taking a shower. During these times we tend to day-dream anyways, so why not use this time to focus on developing your skills by visualizing yourself practicing various sequences.

Conor McGregor is an impressive performer. He has achieved massive success, performs with insane level of confidence and mental preparation.

One of his greatest tools for success is his active use of visualization – a tool that he and many top-performers have used to succeed.

When used properly, the tool of visualization can help you achieve the confidence and mental fortitude you need perform during important matches, help you develop the cognitive preparation to dominate the game, and ultimately allow you to become a professional gamer.