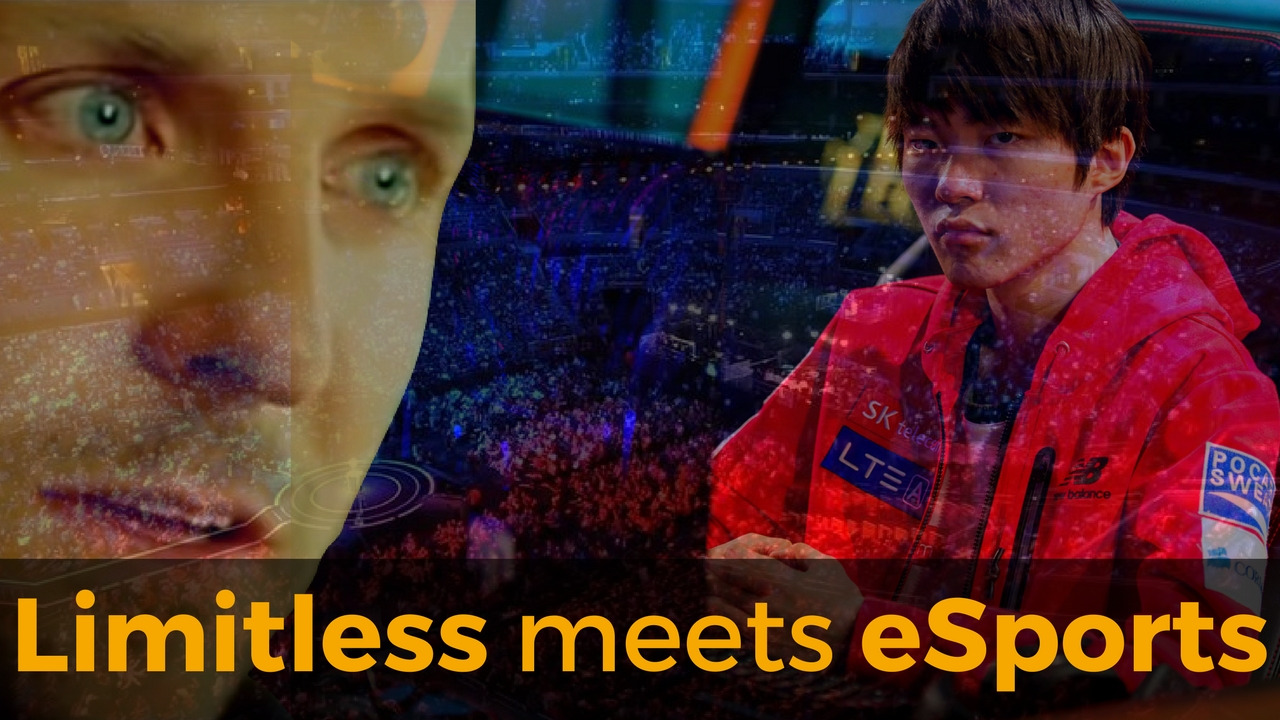 In 2011 a brilliant movie came out titled limitless. The movie Limitless was not amazing because of great cinematography or unbelievable acting. What made it great for me was the plot. Or more specifically what the plot was based around. You see, in the movie limitless Bradley Cooper’s character receives this sketchy, underground drug, called NZT-48. When he takes this drug it improves his cognitive ability by 500%. And in turn he becomes… well, limitless.

After watching the movie, I don’t think I could have put a finger on what I specifically liked about this drug. But in retrospect, what really excited me about NZT-48, is the idea of advanced learning, always being at this peak performance state, and constantly being productive.

But of course, this was a movie. And eventually the credits had to roll, and I had to let reality sink in. Because in reality NZT-48 was not real. And the entire preface of NZT-48 is completely false…

“And you know how they say we can only access 20% of our brain? Well what this does, it allows you to access all of it.”

This is bullshit. I wish it wasn’t at all, but scientists have clearly debunked this myth. And of course knowing this, my logic said to me that NZT-48 is completely false. There is no such thing, nor would I ever find anything like it.

But it was too late, I had already fallen in love with the idea of NZT. So I let curiosity get the best of me, and I decided to hop online and search google for real life NZT.

And… my logic was right. NZT-48 is complete fiction. But that doesn’t mean that there’s nothing in the world like it. In fact the more research I did, the more hope I got. Reading forums and looking at medical research sites I discovered an entire industry. An industry of brain boosting supplements call nootropics, or smart drugs.

Yes, nootropics have amazing potential. And while NZT-48 may not be real, these substances have similar benefits. Even quickly researching nootropics you’ll see a ton of benefits like Faster thinking, Improved memory, Enhanced learning, Increased Motivation and Better Focus. And honestly THESE are the kind of benefits that got me excited about NZT in the first place.

And of course after watching the movie and realizing that there’s potential in these nootropics, I made my first purchase. After doing so, I continued to look around online – skimming over forums and read about other people’s experiences with nootropics. And then I realized that most people used some sort of benchmark to measure their improvements with nootropics. The most popular solution was using cognitive tests, like IQ tests, or memory tests, while others would just study for an exam, take the exam and write about their experience doing so…

So then I thought to myself, what am I going to use to measure my experience? But the idea of formal cognitive tests seemed a little boring. But as I kept reading I discovered the perfect idea, video games. Video games would automatically measure my scores, they would allow me to measure my results before and after, plus I really wanted an excuse to play Call of Duty.

A few days later my packaged arrive, and I was introduced to a scale and bags of sketchy white powders… thank god my parents did not open this before I did. But with nootropics in hand, I was ready to begin the experiment. The first step was to play an hour of call of duty, without nootropics. And with no surprise, I played like normal.

After a mildly painful first hour, it was time to try some nootropics. I measured out some strange white powder, and choked it down with a glass of water. I waited about 30 minutes to let them start working. After 30 minutes they hadn’t kicked in, but I got impatient and started playing.

At this point I felt completely normal, I was worried that these nootropics would have no effect at all. But I kept playing… Then suddenly, I started to play a little better. At this point I began to notice how I was feeling and noticed that the nootropics had started to kick in. Now it wasn’t a drastic alteration, like in the movie limitless when he basically becomes another person. But I did notice a different feeling. I felt more.. clear.

As i kept playing, I continued to observe how I was feeling, and I didn’t feel like I was suddenly a gaming god, I didn’t really feel like I was doing that much better. But I did notice that the game seemed to flow a bit easier, it was as though someone had taken the difficulty knob and slightly lowered it.

And at the end of this self experiment, it was time to compare my results. So I took a look at my recorded scores from each game. And despite not feeling like I was a better player on the nootropics, the scores said otherwise. I clearly hit a positive spike when I took the nootropics.

From that day forward nootropics became my secret weapon. Over the next few years I continued research them, and experiment with them in order to see how they could impact my life. I would go to school with nootropics, I would go to work with nootropics, but my favourite thing was combining nootropics and video games. When I did this I gained an immediate edge over my friends, and it helped me to learn strategies and mechanics much easier.

But the funny thing is I hardly thought much of this. In 2011, video games were just a pass time enjoyed by mostly young people, who’s parents often frowned upon the hobby. But as the years passed, and quite under the radar, video games kind of exploded. Video game competitions began to expand and broadcasting websites like Twitch emerged giving competitive video gaming the fuel it needed to take off.

eSports is has taken the world by storm. But to me the crazy thing is that competitive gamers are no longer seen as nerdy teenagers, sitting in their mom’s basement, wasting away their time. They’re now seen as ATHLETES, spending 12 hours a day training for massive tournaments, where thousands of fans will greet them to cheer them on.

So then this really begs the question – if a casual gamer like myself can get an edge from nootropics, if I can outperform my friends and learn game mechanics quicker.

What kind of an edge can these nootropics give to a pro?